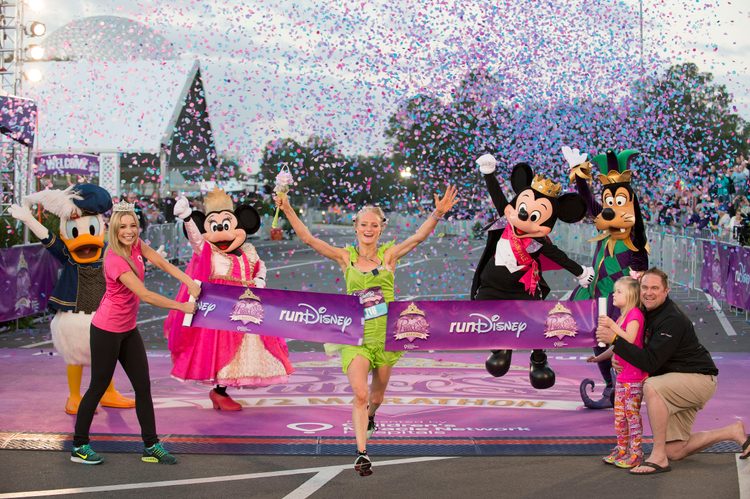 One year after Lauren Passell feared she would never run again because of a broken hip, she found herself in another unlikely place Sunday – the winner’s circle at the Disney Princess Half Marathon presented by Children’s Miracle Network Hospitals. Passell, a self-described Disney nerd, didn’t appear to need much luck Sunday at Walt Disney World Resort, pulling away from the field of more than 24,000 mostly-women runners just after the midway point of the 13.1-mile course through Epcot and Magic Kingdom. Her winning time of 1:22:59 was nearly 30 seconds faster than second-place finisher Heather Schulz of Orlando (1:23:28). Mariela Ortiz of Argentina was third (1:23:45). – See more at: https://disneysportsnews.com/galleries/2015/02/22/2015-disney-princess-half-marathon/#slide-2