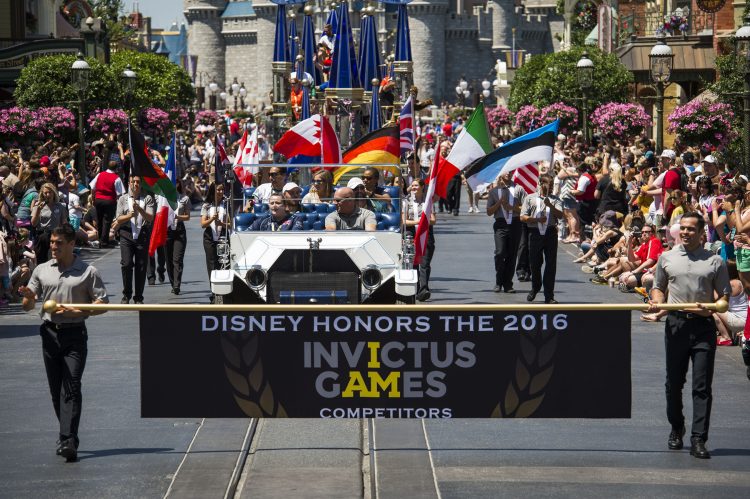 (May 6, 2016): Competitors from the Invictus Games Orlando 2016, the only adaptive sporting event for injured active duty and veteran service members, were treated to a hero’s welcome at Magic Kingdom today. Athletes representing many of the participating countries from around the world took part in a parade down Main Street U.S.A. amid a sea of confetti and joined by celebrity Invictus Games ambassador and Olympic gold medal gymnast Shawn Johnson (back row of car, middle seat).