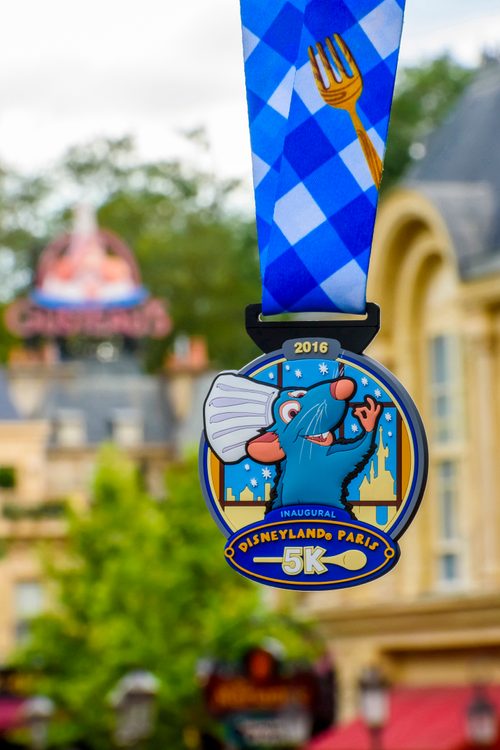 (July 26, 2016): No runDisney race weekend at Disneyland Paris would be complete without including Chef Rémy, star of the Academy Award-winning film, “Ratatouille.” Paris’ biggest little chef appears in color on this medal. And what better place to show off this medal after the race than at the popular La Place de Rémy attraction in Walt Disney Studios Park. The inaugural Disneyland Paris Half Marathon Weekend is the first international runDisney race, taking place Sept. 23-25, 2016.