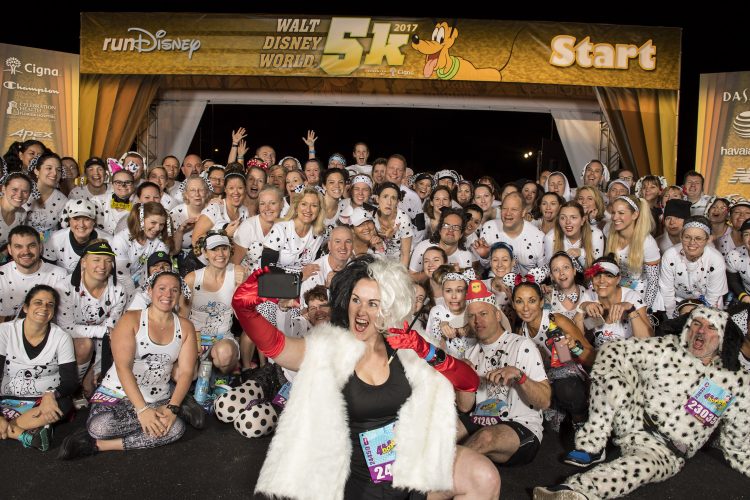 (Jan. 5, 2017): Inspired by DisneyÕs “101 Dalmatians,” one hundred and one puppy clad runners from around the globe and a woman dressed as Cruella De Vil pose ahead of the Walt Disney World 5K, Thursday, Jan. 5, 2017, at Epcot in Lake Buena Vista, Fla. The runners were among more than 12,000 participants in the 3.1-mile race that kicked off the Walt Disney World Marathon Weekend presented by Cigna. The costumed group was organized via social media by Sara Stoller of Elk River, Minn. (David Roark, photographer)