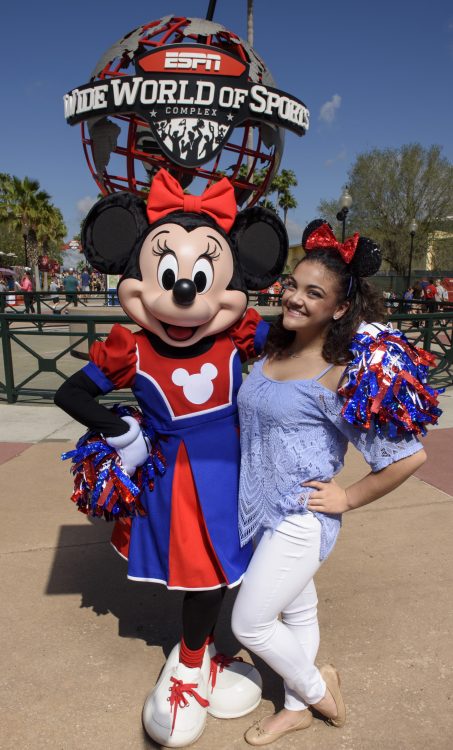 (May 14, 2017): Olympic gold medalist Laurie Hernandez poses with Minnie Mouse at ESPN Wide World of Sports Complex in Kissimmee, Fla., on May 14, 2017, during the D2 Summit Championship. While at Walt Disney World Resort, Hernandez – who was part of the gold medal-winning USA gymnastics team at the 2016 Summer Games in Rio de Janeiro, Brazil and who won “Dancing with the Stars” in 2016 – also hosted the Varsity Brands School Spirit Awards and spent time having fun in the Disney theme parks.