Players Battle in Unique NERF Blaster Competition at ESPN Wide World of Sports Complex for the Ultimate DART TAG Glory and $25,000 Per Team

LAKE BUENA VISTA, Fla. (Aug. 22, 2011) — This summer’s nationwide search for the top NERF DART TAG athletes ended this weekend when Hasbro, Inc.’s NERF brand crowned kids and teens the winners of the 2011 NERF DART TAG World Championship held at  ESPN Wide World of Sports Complex at Walt Disney World Resort near Orlando, Fla. The competition marks the third annual NERF DART TAG World Championship and the first year that all eligible players from across the United States had the chance to be “drafted” to the World Championship, where they were divided into teams and entered into heated round robin tournaments against fellow recruits for $25,000 per team, per age group. 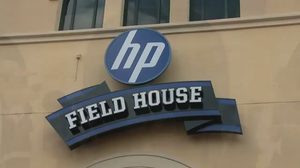 To be considered for the DART TAG ‘draft,’ prospective NERF DART TAG athletes were invited to visit NERF.com earlier this year and explain how they embody the brand’s ‘It’s NERF OR NOTHIN” motto, why they have what it takes to be a DART TAG Champion, and answer a series of questions regarding their athleticism, favorite NERF blasters, and playing style and strategies.  On August 1st – “Draft Day”- lucky fans received the news that they had been selected for the 2011 DART TAG roster. Once chosen, players were divided into two age groups, 8-12 and 13-17, and then into teams.

After two action-packed days filled with outstanding athleticism and team spirit, two teams rose to the top of their age group and achieved DART TAG victory. The winning team in the NERF DART TAG World Championship 8-12 year old age group hails includes: Colin Barrett from Washington, Jon-Marc Hatton from Oregon, Gideon Schow from Utah, and Jake Wood from Utah. In addition to a shared $25,000 grand prize, members of each team had their team banner hung from the Nerf Battle Arena for all to see and their names engraved on a NERF DART TAG World Championship trophy.

“Revamping the NERF DART TAG World Championship by creating a nation-wide ‘draft’ system opened the world of NERF sports to our vast community of fans and continues to generate awareness and interest for this growing alternative sport,” said Kelly Stone, Director of U.S. Marketing for Hasbro’s NERF brand.

‘There was no shortage of skill, sportsmanship, or strategy at the 2011 NERF DART TAG World Championship and we are thoroughly impressed by this year’s winners, our growing community of DART TAG athletes, and the diverse NERF NATION community whose passion helps to drive programs like this.’
—Kelly Stone

For more information on the 2011 NERF DART TAG World Championship or to view video and photos taken live from this year’s competition, visit NERF.com or join NERF NATION on Facebook.com/NerfNation, YouTube.com/Nerf, and Twitter.com/NerfNation.