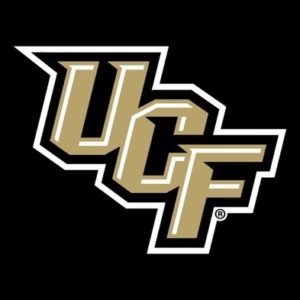 The joint announcement was made today–as the 16th-ranked Knights football team prepares for its second home game on Saturday versus Stanford at Spectrum Stadium (3:30 p.m. [ET] kickoff on ESPN).

“Walt Disney World Resort and UCF share a commitment to making Central Florida a key destination for sports,” said Faron Kelley, vice president of Disney Sports. “With this agreement we hope to reach even more of Knight Nation.”

The new multiyear agreement includes shared marketing opportunities, in-game promotions at UCF home football games and Disney signage inside Spectrum Stadium. It also extends the existing relationship between UCF and Disney which have joined together as part of the Disney Aspire education investment program. In May, UCF was added to the Disney Aspire network of schools. This groundbreaking  program offers 100 percent free tuition to eligible hourly Disney employees and Cast Members, making it easier for them to pursue their dreams and fulfill their career ambitions.

“As Orlando’s hometown college football team, we are thrilled to be teaming up with Disney to add a touch of magic for fans at Spectrum Stadium,” said UCF vice president and director of athletics, Danny White. “Additionally, this agreement enables UCF to have the most unique student-athlete experience in the country as every year all of our student-athletes will have the opportunity to visit Walt Disney World Resort.”

The collaboration is a natural fit between UCF and Disney since both institutions are powerful economic engines in Orlando and across Florida. It also strengthens UCF’s already recognized position as one of the nation’s most affordable and best-value universities.

Fans can visit, http://ucfknights.co/19singlegame, to attend upcoming UCF home football games and be a part of the magic.

About the University of Central Florida

Founded in 1963 with a commitment to expanding opportunity and demanding excellence, the University of Central Florida develops the talent needed to advance the prosperity and welfare of our society. With more than 68,000 students, UCF offers more than 200 degree programs at its main campus in Orlando, medical school, Downtown Orlando campus, more than a dozen other locations in Central Florida and online. UCF is ranked by U.S. News & World Report among the nation’s top 20 most innovative universities and rated by Kiplinger and Forbes as one of the best college values in America. For more information, visit ucf.edu.