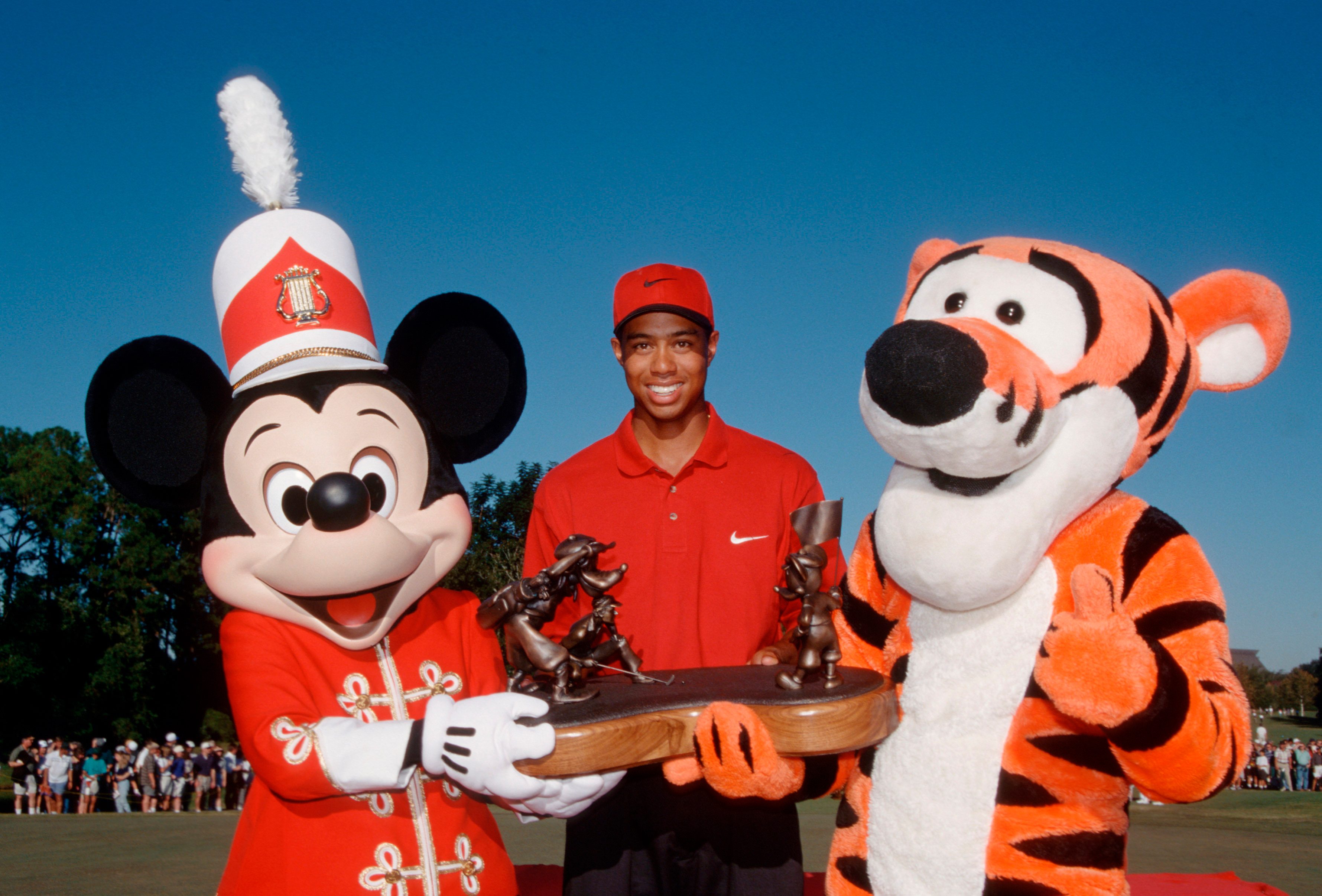 1971 – Jack Nicklaus wins the inaugural Walt Disney World Open Invitational. Nicklaus would go on to dominate the following year, capturing the event by nine strokes, then make it three in a row by edging Mason Rudolph in 1973.

1975 – Charlie Sifford finishes at 8-under par and survives a playoff to win the first of five Senior PGA Championships played on the Disney Magnolia Golf Course.

1982 – Hal Sutton calls it a dream come true after sinking a 15-foot putt on the fourth playoff hole to defeat Bill Britton for his first PGA TOUR victory in the Walt Disney World Golf Classic.

1993 – Following a rain delay, officials illuminate the 18th hole at Disney’s Magnolia Golf Course with artificial lighting as Jeff Maggert defeats Greg Kraft by three strokes in the final round of the Walt Disney World/Oldsmobile Classic.

1999 – Tiger Woods wins a second time at the Walt Disney World Resort, edging Ernie Els by one shot to take the National Car Rental Golf Classic — one of Woods’ eight victories that season.

2005 – Lucas Glover holes out from a bunker 40 yards away to make birdie and earn a one-shot victory over Tom Pernice Jr. in the Funai Classic at the Walt Disney World Resort.

2006 – Justin Rose records 12 birdies in shooting a course-record 60 on Disney’s Palm Golf Course in the opening round of the Funai Classic, but it’s Joe Durant who goes on to finish at 25 under par and win by four strokes.