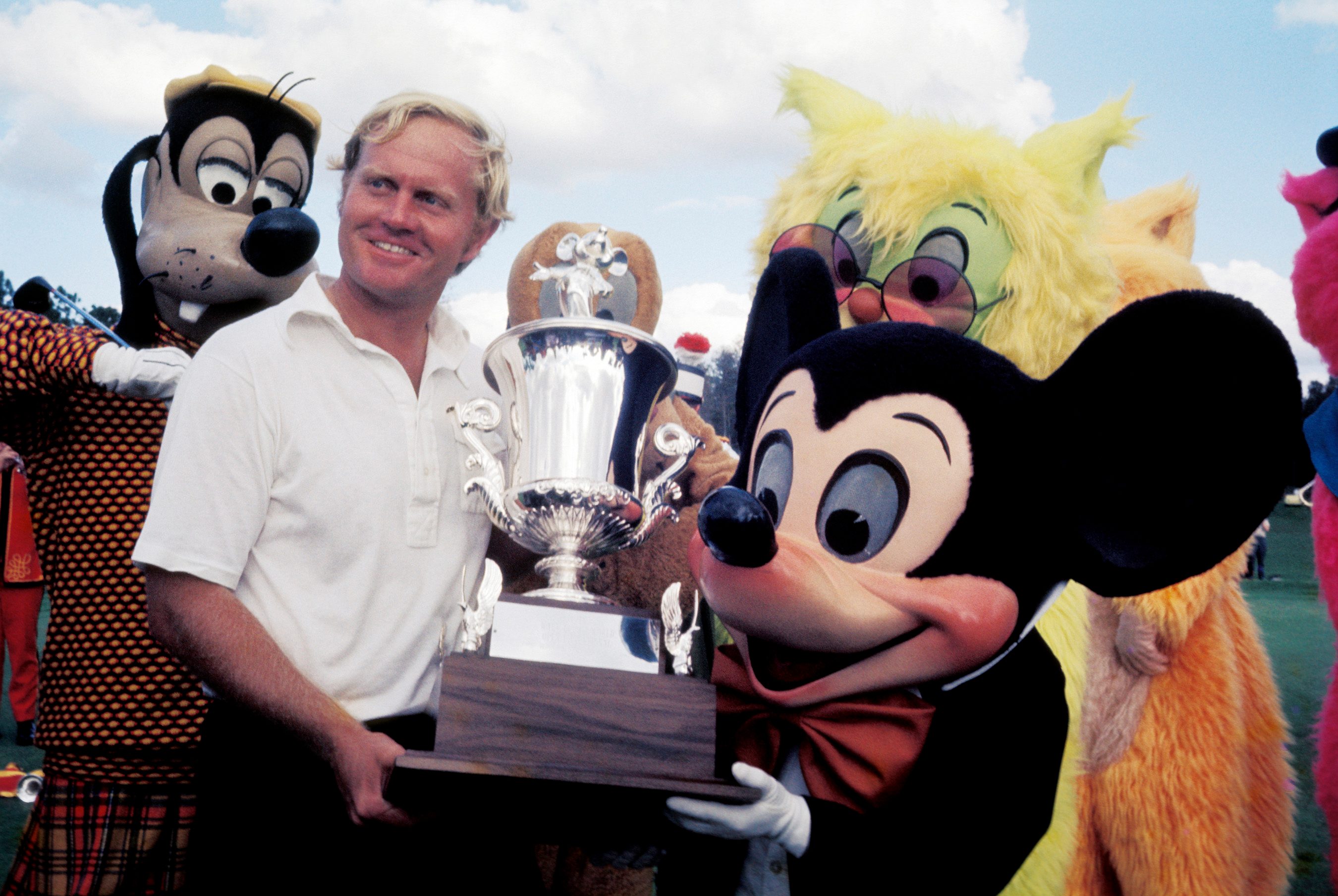 Lake Buena Vista, Fla. – With his dominance in the early 1970s, Jack Nicklaus won the first three professional tournaments played at the iconic Walt Disney World Resort, which celebrates its 50th anniversary, “The World’s Most Magical Celebration,” on Oct. 1.

Nearly a half century later, Nicklaus can only smile when recalling those good times and the way he flourished in Florida thanks to the Disney experience, on and off the course.

The 1971 opening of Walt Disney World Golf near Orlando coincided with a resurgence in the Golden Bear’s career, creating a period of brilliance that left no doubt about his status as the greatest golfer of his era.

By age 26, Nicklaus had become the youngest golfer to win all four of the sport’s major tournaments. But after winning his second U.S. Open title in 1967 (breaking Ben Hogan’s 72-hole record at Baltusrol in the process) Nicklaus endured – what for him – had been a mini-slump. He didn’t win another major until 1970 when he captured the Open Championship at the Old Course at St. Andrews.

Then came 1971, the year Magic Kingdom Theme Park opened to the public, the year that Walt Disney World Golf hosted its first PGA TOUR event, and the year Nicklaus became the first player to win all four majors more than once. He captured the PGA Championship that year and finished no worse than fifth in any of golf’s four majors.

In 1971, Nicklaus won the inaugural Walt Disney World Open Invitational. He would go on to repeat the following year, dominating at 21 under par to win by nine strokes, then made it three in a row at by edging Mason Rudolph in 1973.

He and wife Barbara were parents to five children, and they made the most of their time at Walt Disney World Resort during that period.

“We took them into the Magic Kingdom every night and we did all the things that parents do with the kids — and we enjoyed it. It was great fun,” said Nicklaus, recalling the collaboration between what became known as “The Most Magical Place on Earth” and “The Happiest Place on TURF!”

Indeed, the Walt Disney World Resort is a place where dreams do come true.  The four unique courses provide layouts that are challenging enough for the world’s best, yet player-friendly enough to accommodate golfers of all ages and skill levels.

Walt Disney World Resort will celebrate 50 years on October 1, a timely celebration given that 50 years have also passed since Jack Nicklaus began his run of three consecutive victories at Walt Disney World Golf.