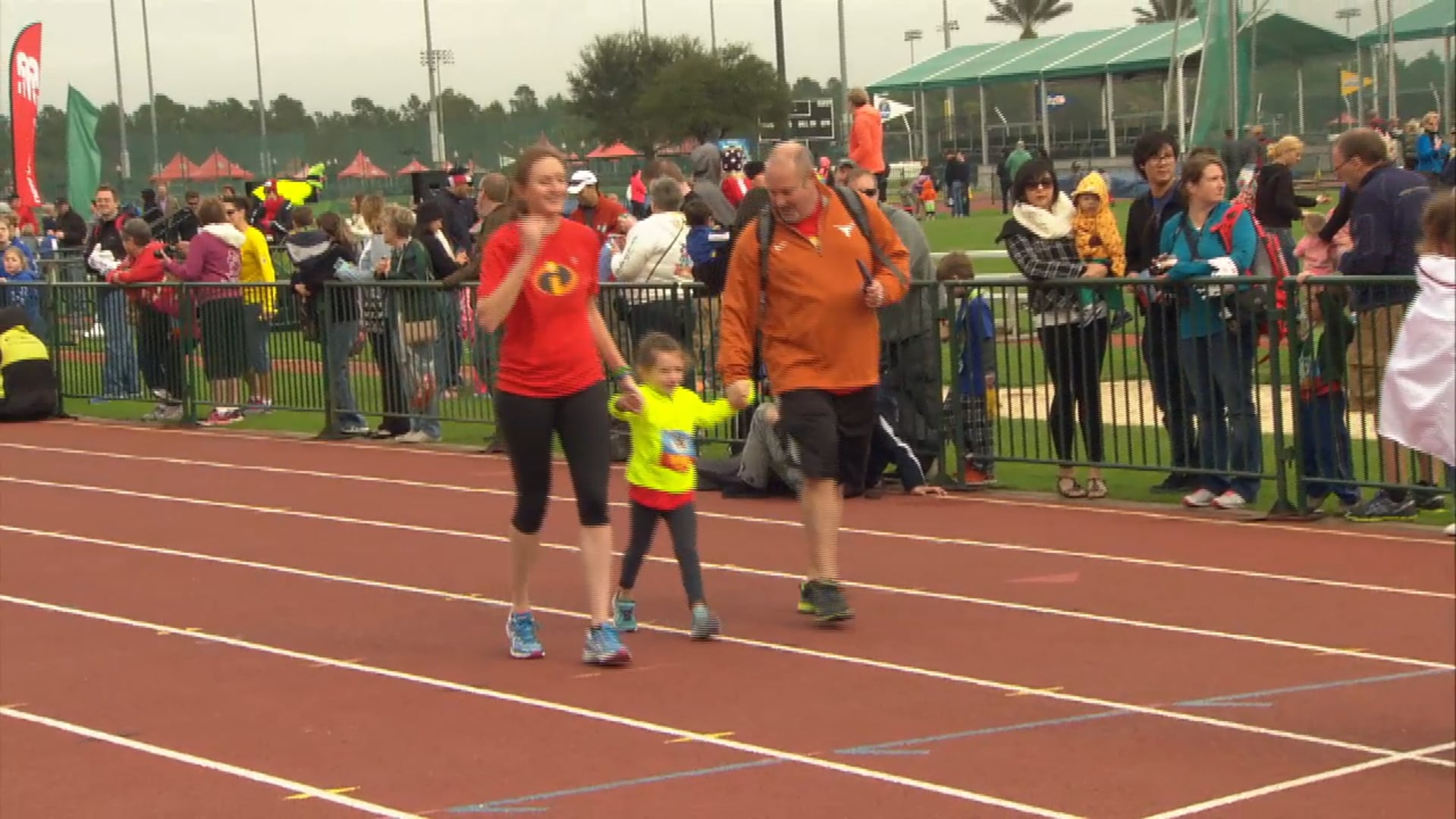 When Jamie and Mark Klingaman’s daughter Casey was 21 months old, she was diagnosed with meningitis. That was roughly 2 1/2 years ago and Jamie and Mark, from Austin, TX, were devastated as they watched their daughter lose her gross motor skills, preventing her from crawling or sitting up, as well as much of her hearing.  But a month later, a miracle happened – the doctors, with tears in their eyes, informed Jamie and Mark that Casey’s hearing had improved significantly. The doctors couldn’t explain how or why. While little Casey still faces some minor limitations, she now has hearing in both ears with the support of a hearing aid. Jamie, who works for Cigna insurance company in Austin, isn’t a serious runner and has never done a half marathon until today, but she took on the challenge of running 13.1 miles with Mark to show their daughter that anything is possible and that she can overcome any obstacle.