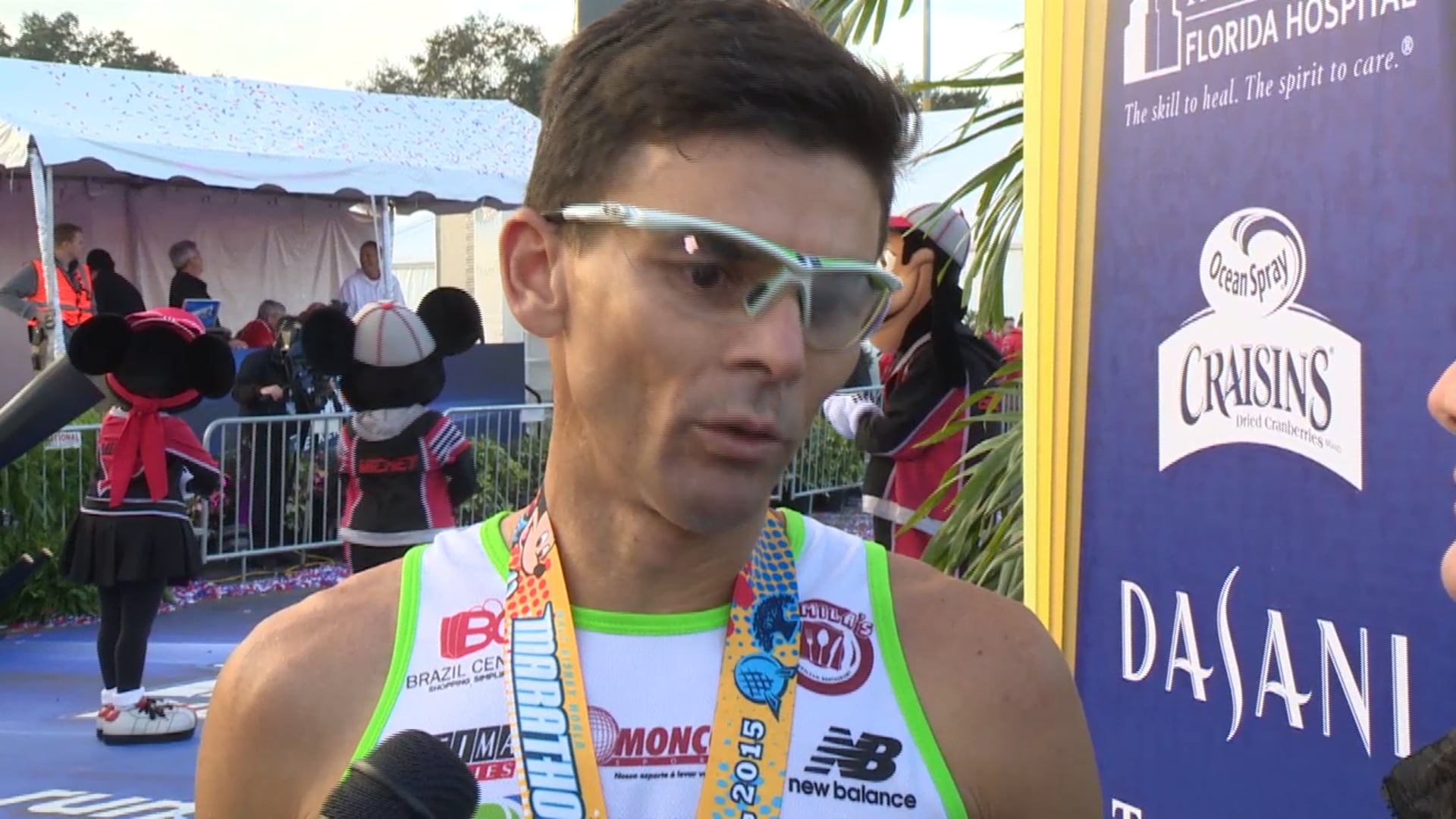 Fredison Costa, 37, who recently moved from Brazil to Orlando and trains at ESPN Wide World of Sports Complex at Disney World, ran away with another Walt Disney World Marathon victory on Sunday, claiming his second consecutive win and fourth victory in five years. Costa led the parade of Brazilian runners, who were among the first four runners to cross the finish line, with a time of 2:18:06.  To complete the Brazilian domination at Disney, Giovanna Martins of Brazil was the top female runner, finishing in 2:50:20.

In all, more than 26,700 runners competed in the Disney Marathon presented by Cigna on Sunday, with more than 7,600 of those runners participating in all four weekend events — the 5K, the 10K, the half marathon and the marathon — completing the popular “Dopey Challenge” (48.6 miles).