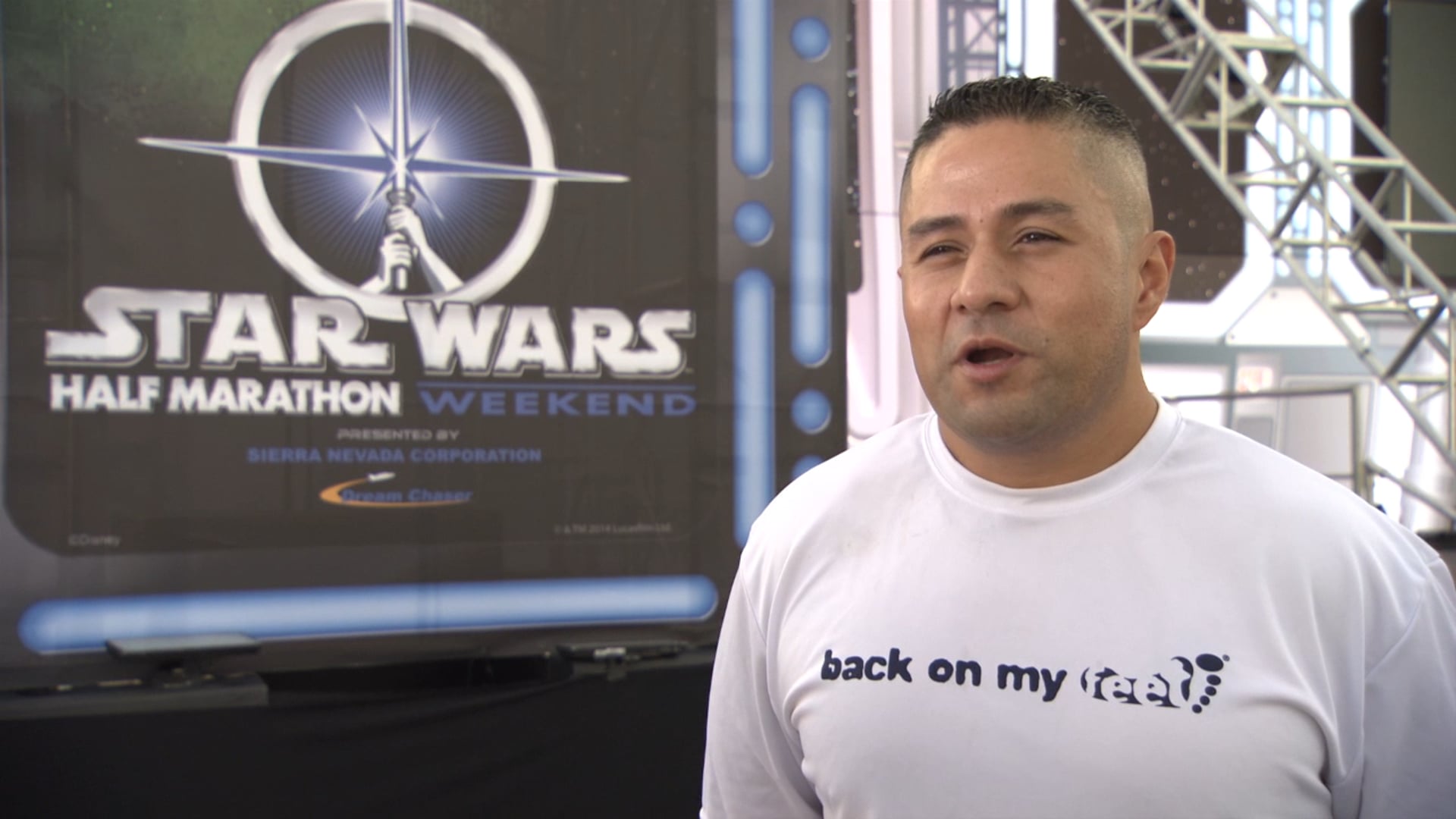 Of the more than 23,000 runners from across the United States and 17 different countries competing in the inaugural Star Wars Half Marathon Weekend presented by Sierra Nevada Corporation are Long Beach military veterans Sandra Greenman and Jose Romero. Sandra and Jose each struggled in their separate returns to civilian life, losing their jobs and their homes because of various addictions. Both were forced to live on the mean streets of metro Los Angeles, Sandra living out of her car starting in 2012 and Jose on the streets in 2013.

Last year, they became involved in the “Back On My Feet” program, the race weekend’s official charity which helps homeless LA-area residents achieve independent living through running. Program participants run together three to four times a week at 5:30 am.  As a result of the running program, both are beginning to live independently again, Sandra working in a government IT position and Jose off the streets and into his own apartment. Sandra and Jose, along with other program participants, are continuing their personal life development and training at the inaugural Star Wars Half Marathon on Sunday at Disneyland Resort.