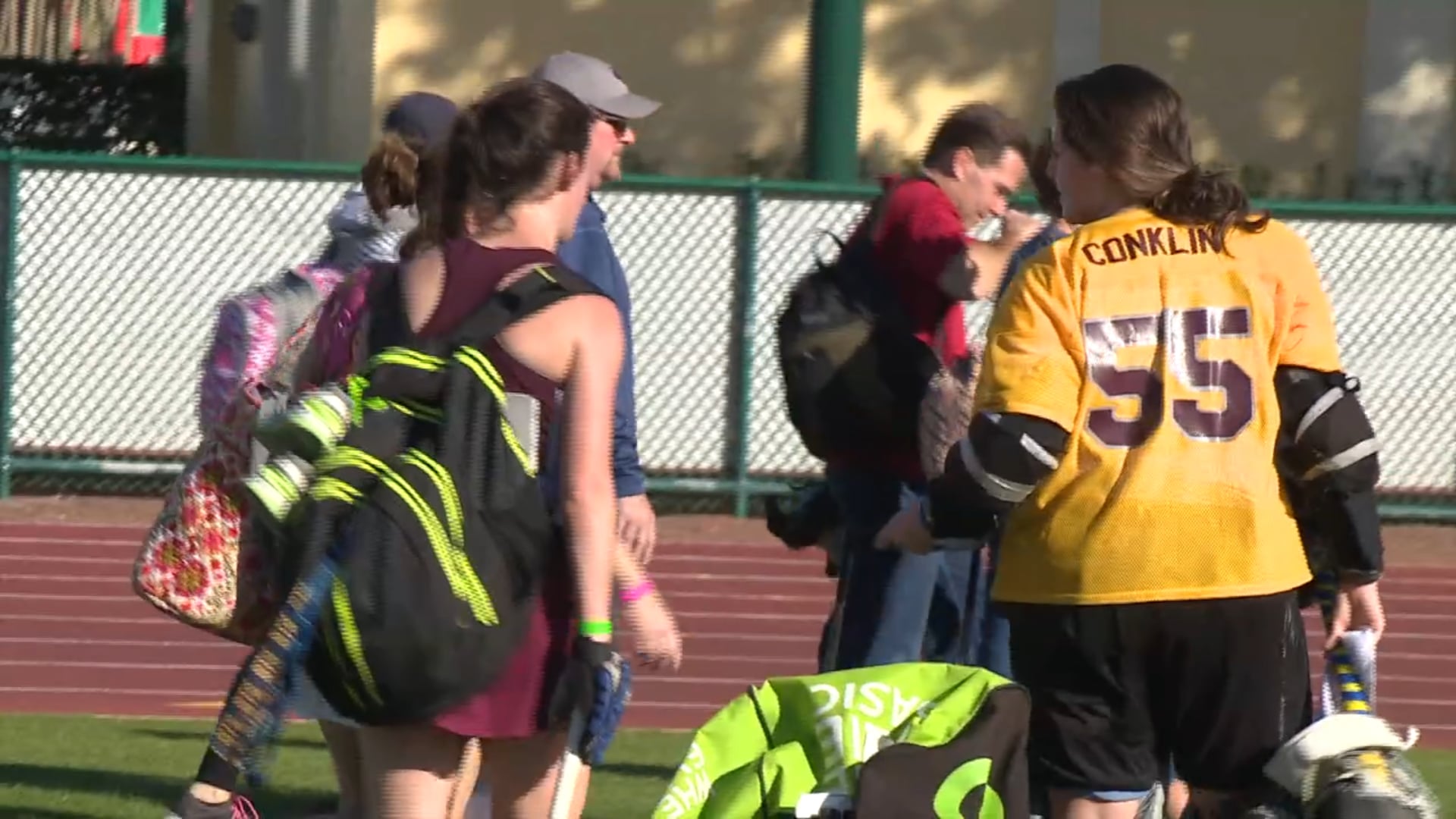 The best therapy for people suffering from Cystic Fibrosis is to stay physically active. Long Island sisters Madalyn and Frankie-Lynne Conklin have done just that, as they have become top athletes in multiple sports around the country. Playing for the Strong Island High Tides at this weekend’s Disney Field Hockey Showcase, the sisters starred in Saturday’s 2-1 victory over Spirit of USA South from New Jersey. Madalyn scored the game’s first goal and added another score in the shootout, while Frankie-Lynne saved the game-winner. The team was later eliminated in their quarterfinal matchup against The Gaels Field Hockey Club (Md.) and finished the tournament with a record of 2-3-1.

Despite their Cystic Fibrosis, the sisters are All-State field hockey players, USAFH National Indoor Tournament participants, National Futures Competitors and Junior Olympians. They have been recognized by the Boomer Esiason Foundation for their efforts in finding a cure for Cystic Fibrosis, as they are both active in the Make-A-Wish Foundation, Cystic Fibrosis Foundation and are ambassadors for Cohn’s Children’s Hospital in New York.