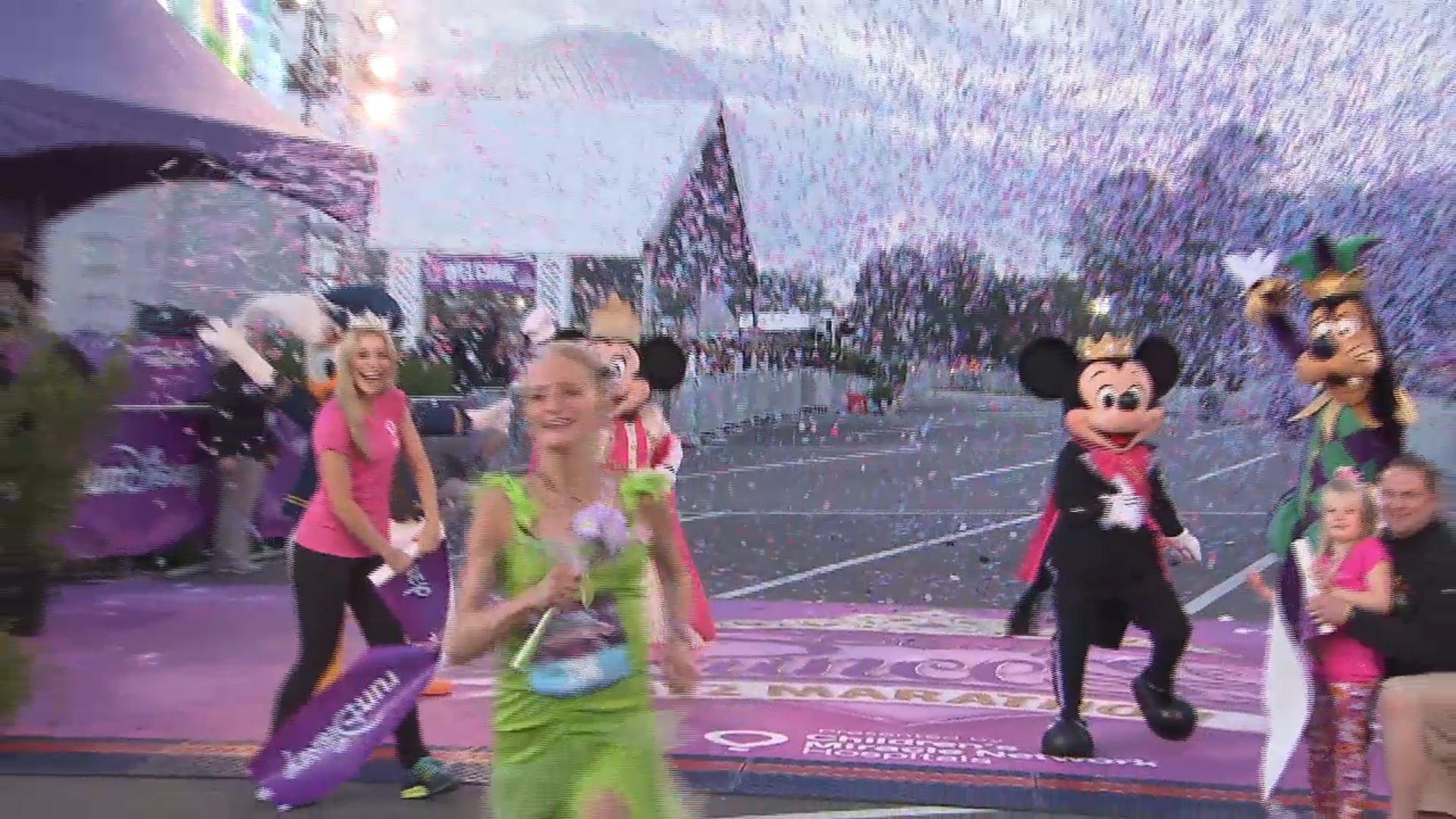 One year after Lauren Passell (New York, NY) feared she would never run again because of a broken hip, she found herself in another unlikely place Sunday – the winner’s circle at the Disney Princess Half Marathon presented by Children’s Miracle Network Hospitals. Passell, a self-described Disney nerd, didn’t appear to need much luck Sunday at Walt Disney World Resort, pulling away from the field of more than 24,000 mostly-women runners just after the midway point of the 13.1-mile course through Epcot and Magic Kingdom. Her winning time of 1:22:59 was nearly 30 seconds faster than second-place finisher Heather Schulz of Orlando (1:23:28). Mariela Ortiz of Argentina was third (1:23:45). The Disney Princess Half Marathon Weekend is one of eight annual runDisney events and one of two women-focused events. The other is the Tinker Bell Half Marathon Weekend presented by PANDORA Jewelry, which takes place in May at Disneyland Resort in Anaheim, CA.  Both events are designed to celebrate and promote women’s empowerment, women’s health and an active lifestyle. And both are among the nation’s largest race weekends geared towards women.