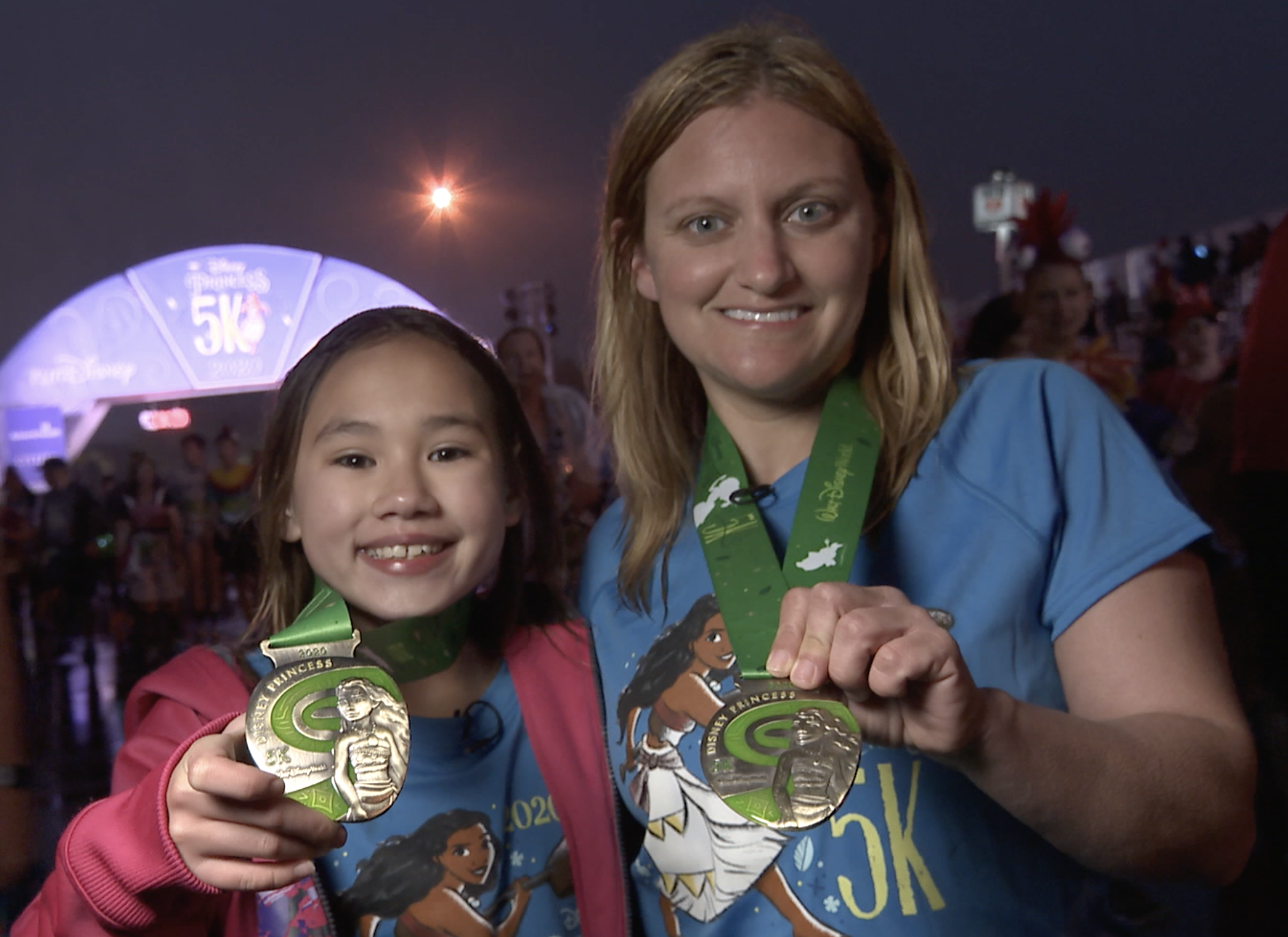 LAKE BUENA VISTA, Fla. (Feb. 21, 2020) – On this day 10 years ago, Hannah Herman wasn’t expected to ever walk. That’s why the scene Friday morning at the Disney Princess 5K was so special – Hannah, now 10, defying the odds and conquering the 3.1-mile race hand-in-hand with the mother who adopted her a decade ago from an orphanage in Kazakhstan.

As she contemplated adopting Hannah, a newborn who had been left at a medical facility in Kazakhstan, Erin Herman was well aware of the challenge ahead after doctors told her the baby’s club foot meant she likely would never be able to walk. Nevertheless, Herman went through with the adoption and brought Hannah back to her hometown of Cincinnati, Ohio where they immediately began treatment, including physical therapy. More than a year later, at age 2, Hannah miraculously walked for the first time. And Hannah has continued to defy the odds ever since, including completing the Disney Princess 5K at Walt Disney World Resort. It was another step – literally and figuratively – toward her next goal of finishing a triathlon.

Disney Princess Half Marathon Weekend is the third of six race weekends during the 2019-20 runDisney season. To learn more or register for a race, visit www.rundisney.com.