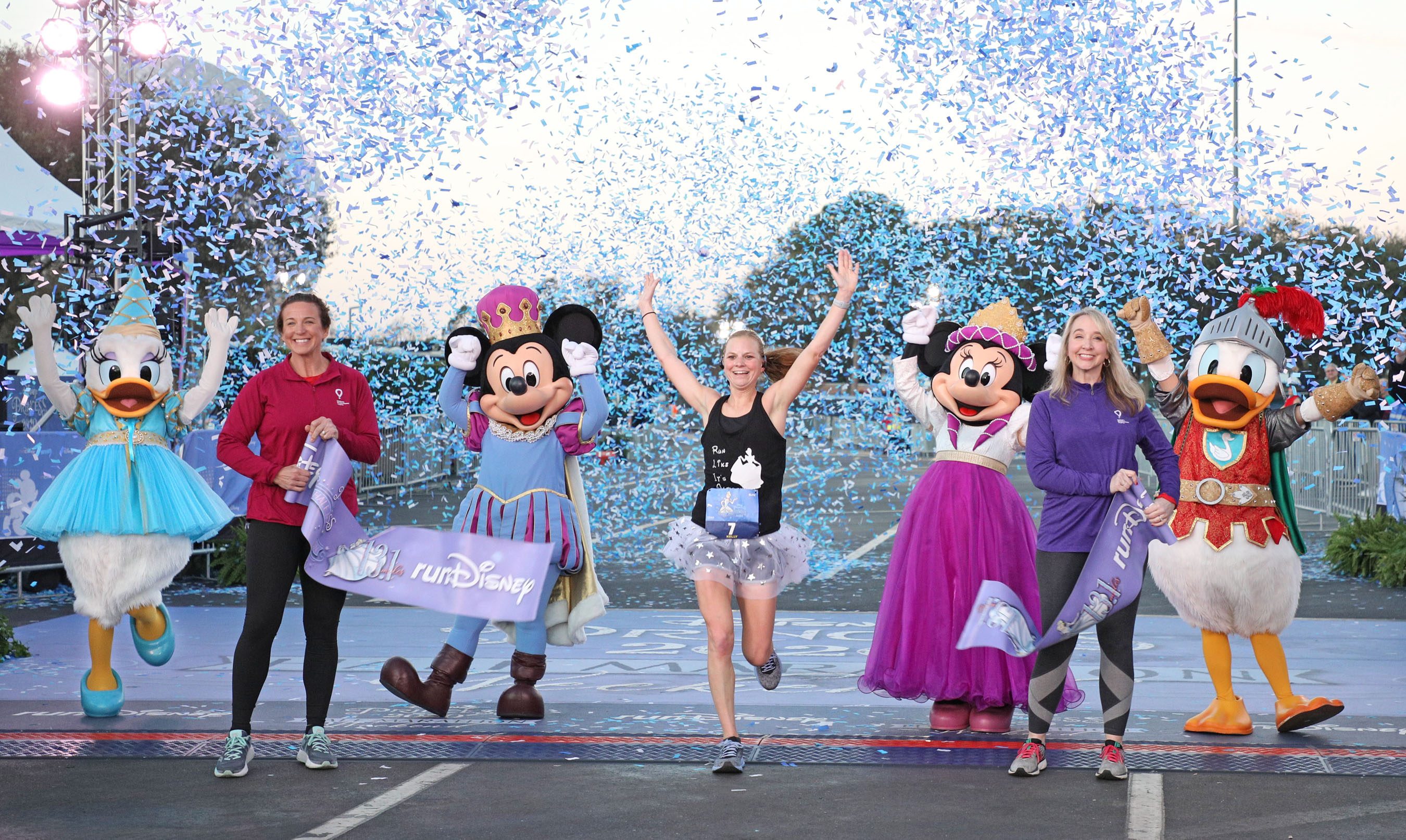 LAKE BUENA VISTA, Fla. (Feb. 23, 2020) – As she raced through the Disney Princess Half Marathon on Sunday, Kelly Wehman wasn’t thinking about the unseasonably cool Florida temperatures nor the nagging cough she had developed. The only thing on her mind was the courageous medical battle of her young son Andrew, which was the only motivation she needed to propel herself past a crowded field to reach the finish line in first place.

Wehman of Ringgold, GA, won with a time of 1:24:26, finishing ahead of Kellie Nickerson of Albuquerque, NM (1:24:46) and Saeger Fischer of Portsmouth, NH (1:25:38). After crossing the finish line amid confetti and cheers from several Disney characters, Wehman, 33, gave all the credit to her 6-year-old son’s journey through Down syndrome and cancer.

There was plenty of inspiration throughout the Disney Princess Half Marathon Weekend, which included a 5K on Friday, a 10K on Saturday and several Kids races before Sunday’s 13.1-mile half marathon that took runners through Magic Kingdom and Epcot. Among the 21,000-plus runners in the half marathon was Marko Cheseto of Orlando, who was the fourth overall runner to cross the finish line despite losing both of his legs to frostbite a few years ago.

And during Friday’s 5K, Hannah Herman warmed everyone’s heart after she completed the 3.1-mile race despite a club foot that doctors feared would prevent her from ever walking. The lovable 10-year-old ran the race hand-in-hand with the mother who adopted her from Kazakhstan where she had been left at a hospital as a newborn.

The race weekend is the third of four runDisney running events at Walt Disney World Resort during the 2019-2020 race season. The final race of the season is the Star Wars Rival Run in April. Registration for all runDisney races can be at www.runDisney.com. For news releases, photos and video of runDisney races, visit www.disneysportsnews.com.