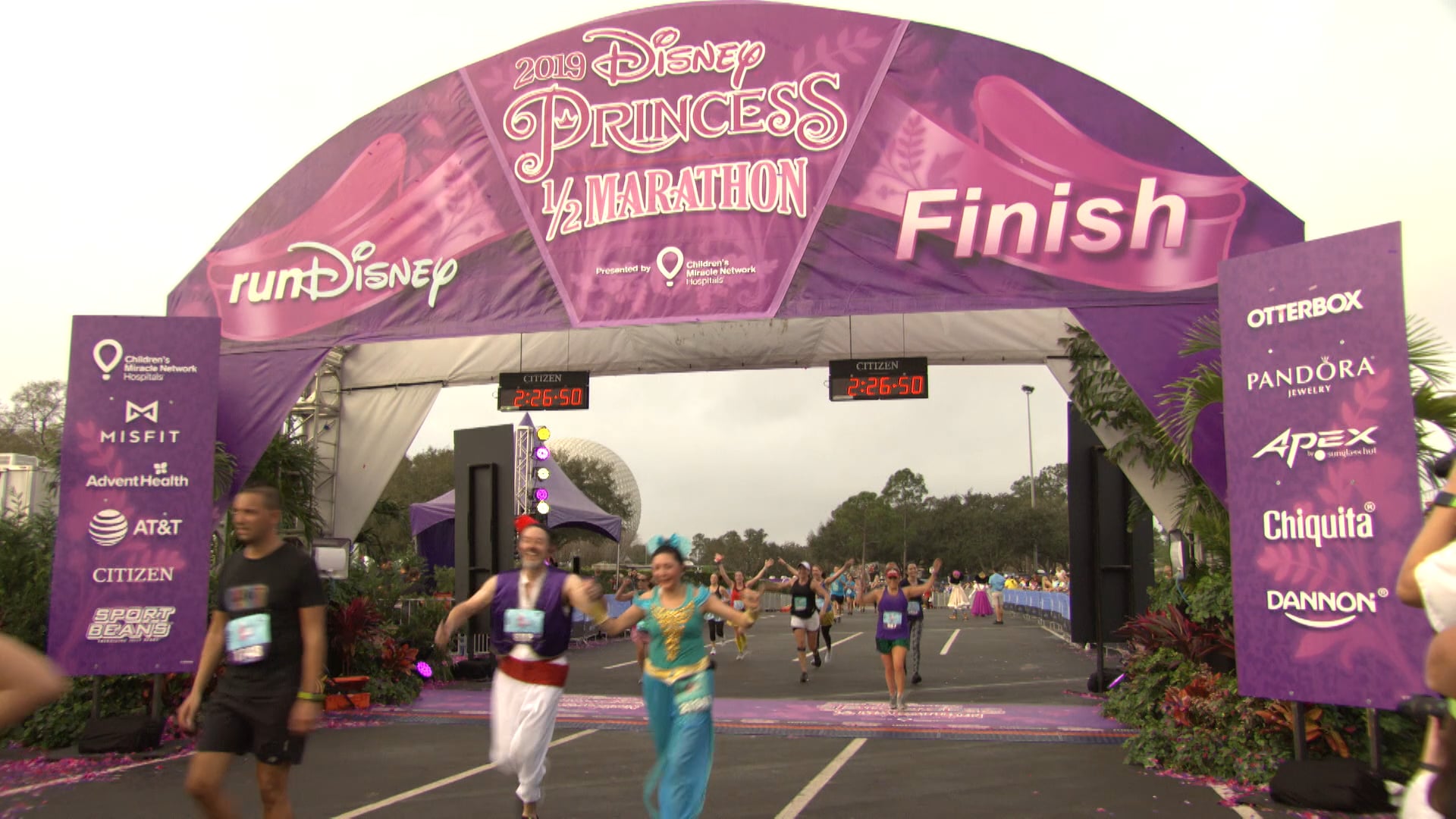 LAKE BUENA VISTA, Fla. (Feb. 23, 2020) – Marko Cheseto celebrated with some joyful dance moves after being the fourth runner to cross the finish line at today’s Disney Princess Half Marathon at Walt Disney World Resort. For him, finishing fourth was almost like winning, given that 11 years ago the Orlando-based runner lost both of his feet to frostbite.

Born in Kenya, Cheseto, 37, moved to the United States to run competitively at the University of Alaska-Anchorage. He had to have both feet amputated after getting lost for three days in the woods during a run, during which it snowed more than a foot. Cheseto didn’t let that stop him from doing what he loves, though. He was fitted for running blades and continues to run competitively, holding the double amputee marathon world record of 2:42:24.

“The only disability we have as human being is the way we think,” Cheseto said after finishing the Disney Princess Half Marathon in 1:17:45 this morning. “But a physical disability that we have does not prevent one from achieving great things in life.”

The Disney Princess Half Marathon was one step on his journey to his next marathon, the Boston Marathon in April. He said running through the Walt Disney World theme parks was an incredible experience, especially running past icons like Cinderella Castle.

Disney Princess Half Marathon Weekend is the third of six race weekends during the 2019-20 runDisney season. To learn more or register for a race, visit www.rundisney.com.